Help Save A Child - URGENT REQUEST

Bone Marrow Donor and/or Financial Assistance Requested
Have you heard of a disease called MDS or Myelodysplasia? I know I had not... Not until my friend's daughter was diagnosed with it recently... MDS is a very rare bone marrow failure disease - if left untreated - it can and most likely will turn into Leukemia.. A bone marrow transplant will give Haley an 80% chance of a full recovery!

Getting a matching bone marrow has become a challenge... Unfortunately - HLA typing has determined that there are no matches within Haley's family... The preliminary bone marrow data base search has been very discouraging.. There may only be one (1) potential match and at this point there is no word if the potential donor is still interested... still available or if he/she is an appropriate match after the high resolution tests that still need to be performed (a family expense).... Because time is critical - Haley's parents, family, and friends need to be proactive... We need to get word out that Haley needs a bone marrow match.... The doctors have advised that June is when the procedure should take place...

The testing that needs to be done to determine if a match is found is a costly expense to the family.. The cost is approximately $100 per person. The $100 will cover the many tests that need to be done and it will get the potential donor on the bone marrow donor registry... We are asking for help in paying this expense... If the person is not a match for Haley - they may be able to save the life of another child... or adult... You can help Haley financially by clicking on the PayPal donate in the side bar... You can help by being tested to see if you are a match by contacting me via email at KMLDRL@aol.com... You can join Haley's Facebook page to keep posted on what's new and her progress... You can also help by lifting Haley and her family in prayer.. We serve an amazing God and His Will - will be done! 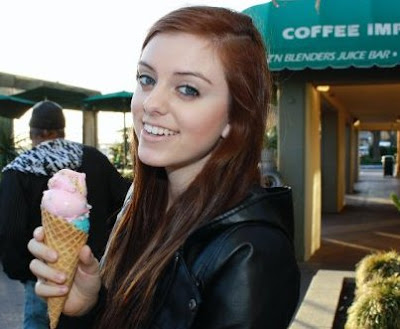 Haley was an active, strong, and athletic 16 year old who played Varsity Volleyball for her high school team.. She had dreams of earning a volleyball college scholarship... She enjoyed hanging out with her friends - shopping - and all the other things that a healthy teenage girl enjoys... Her carefree life changed in October 2010...

In early October, Haley started running a fever and complained of pain when she breathed. She was taken to her primary doctor who assumed it was the flu or a cold and he prescribed an antibiotic and pain meds... By the next day - she was worse and was taken to the emergency room... She was admitted into the hospital due to her blood work being very unusual and her platelets were very low.. She was in the hospital for a couple of days and sent home... Within hours of being home - she became sicker and was admitted into the hospital again.. This time a long list of different specialists saw her - infectious disease, rhumatology, pulmonary, cardiology, and hem/oncologist.. She also went through a battery of often painful tests.. EKG, chest x-ray, CT scan of head and chest, pulmonary function tests, lumbar puncture, bronchoscopy, bone marrow biopsy, and lung biopsy.. During her four (4) week hospital stay - she was diagnosed with pleurisy, pneumonia, viral meningitis, and interstitial lung disease... She was sent home in November with instructions for regular follow up visits.... In early February - Haley's health once again declined - she was once again admitted into the hospital... This time she suffered from an extremely high fever (105 degrees) and her blood counts and platelets continued to fall... She received blood transfusions... She endured another painful bone marrow biopsy - this time the results came back with a positive diagnosis of Myelodysplasia - which is extremely rare..fewer than 100 cases of children each year....

There were signs of this disease - but they were easily overlooked...
Frequent bronchitis
Haley's finger tips and toes showed signs of clubbing (caused by not enough oxygen to the tips - which resulted in a more rounded shape)
Excessive bruising - the bruising was thought to be caused by her volleyball playing - this was also assumed by her pediatrician.

Your Help Would Be Very Much Appreciated.. If you have any questions - please email me at kmldrl@aol.com.. Thank you!
Posted by Kelly L at 3:13 PM