A Fist Full Of Sleeping Pills and A Bottle of Benadryl 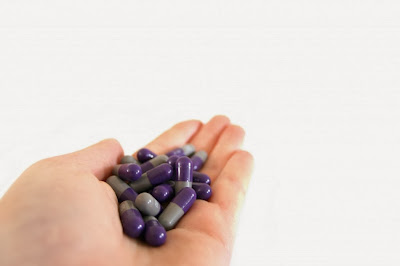 "You won't have to worry about me soon enough."  cryptic words uttered by my eldest Sunday morning...  Soon after several notebook pages were left face up in the trash - obviously left there for our inspection....  This is what we found....

No,
Not a plea for attention
only a cry for mercy
on this wretched soul

Monday was a good day for my eldest - she had fun with friends at school...  She came home and watched an episode of one of her favorite shows... Consumed one of her favorite dinners...  Went to her karate class and enjoyed herself.... Went out for a yogurt after class... All in all a good day...  So I was surprised when she asked to speak with me privately...

My eldest walked into my room with a fist full of sleeping pills that she stole from me - about 20 pills and a full bottle of Benadryl pills..  She advised me that she planned on taking the pills after school today but decided against it.  She said that she wanted to sleep forever but did not want to know what comes after death....  I did not know what to say - this was not our first thoughts of suicide dance... The next day I called her counselor - who was very concerned - he had recently lost a patient to suicide.. In my heart of hearts I did not and still do not believe my kid had any intention of killing herself...  I believe that she takes things to the highest level not taking into consideration the ramifications of her words and/or actions...

I may have believed she wanted to die if she wasn't constantly laughing at TV shows... or if she wasn't constantly eating crap... or if her reasons for death didn't change every two minutes... One minute it's because she's sad and wants to leave this Earth... The next minute she just wants to know what it feels like...  Her and her friends genre is death - it's a popular way of life/liking...  I have several friends that like the dark side - it interests them - it doesn't mean that they want to die....  My kid's immaturity can't find a filter on how far to take things.... so she goes too far...

After the counselor spoke with my daughter - he believed she most likely was being dramatic for attention -  but to be on the safe side he called a Centralized Assessment Team (CAT) to assess the situation.  My husband spoke with the team and after a very detailed discussion they too believed that my kid was not at risk due to her current behavior - the lack of consistency and many other things...

For most of this entire year - I have felt like my daughter's mental illness was my fault.. Some how I did a really crappy job raising her...  I must have done something so horrendous... She wasn't getting better...  She acted out whenever she did not get her way or she was caught in the act of something wrong...  I think the biggest eye opener for me was last May when she was put on restriction - so she went up to her room and found a razor blade and cut about 20 shallow cuts into her arm - deep enough to make blood run down her arms and then she came downstairs to get something to eat out of the kitchen - with the full intent of showing me what "I" made her do....  She knows now that her cutting doesn't "get to me" any longer so she stopped... Now it's the talk of death.... If she doesn't get what she wants or gets caught doing something wrong (ie: stealing) - she talks about death and implies that she will take her life....

There are many reasons I have been writing about my experience in this blog - I realized that I can't be the only mother going through this and from the responses I have received from many of my readers - I know that I am not alone.  I have read some very wonderful emails and comments from other parents who have gone thru the same thing and now their kid's life is good....  It doesn't have to end badly..  I also use this blog as my outlet...  Because honestly at this point in this journey - I am exhausted...  I have to let it out somehow and it's better here in writing then going bonkers at my family...

If you are a prayer warrior - Please pray for  my kid... thanks 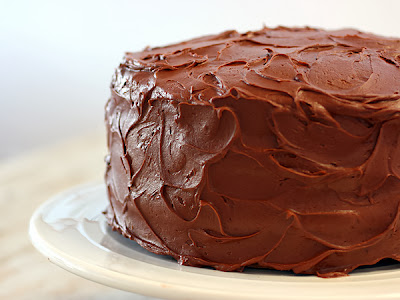 If the average stranger looked at my family - my  home - our life style they would most likely think that we have a great life.  We are one of the lucky ones.....  I would have agreed a little over a year ago but today - No, I would say looks can be deceiving...  On the outside - I have a beautiful home....  I have two beautiful daughters... I have a respected and successful husband and a great dog and cat....  But this is only the surface....  This is only a beautiful book cover to a family wrecked by death, mental illness, sickness, martial struggles, and loss of hope at times.....

As a mother - wife - sister - daughter - follower of Christ - I have completely and utterly lost my way... I no longer believe that I can make things better - I don't believe that I can "fix" it! I have a very hard time believing that God is even paying attention to me.... my family...  It's seems to me that all I have been getting is more bad news on top of more bad news....  Last week I was told that I have to let go and let God take control of my daughter who suffers from bi-polar and has succeeded in creating a constant battle ground at our home..... The lies - the stealing - the constant tempers - the intense hatred of a father that loves her.  Our entire family walks on eggshells to avoid her wrath....  I keep this mantra going in my mind that she will be 18 soon and she can go....  But in reality could I just abandon my daughter?  Could I really set her on her own with nothing to fall back on?

I sound like a broken recording - this is something I say so so often... "All I want from you is for you to do your best, love your family, be kind, and show respect. - that's all that you  need to do to stay home and we will pay for your education and all this is needed to succeed.... Continue to steal from us - scream at us - destroy our home - There won't be a choice - You will leave."  My daughter's therapist advised me that my kid does know what I expect....  She knows... So I can stop saying my little spiel and just let her live her life....  Praise her when she does good and briefly acknowledge the bad behavior and move on....  don't grab onto it and run it into the ground....  I'm Irish and that's a very difficult thing for me not to do.... but in all honestly I've been trying - and sometimes I fail..

I most definitely failed when I tossed her new baked chocolate cake into the sink after I watched her continually lick her fingers and smooth the frosting - all over the friggin cake!!!  I was gagging.....  No flipping way was anyone eating that drool infected cake...  I asked her to stop putting her licked fingers in the cake and she denied she was doing it and freaked out on me - at that moment I wished I had a camera - the atomic bomb went off on me so I proceeded to toss the cake....  I digressed into a cake drowning in the sink lunatic....there is only so much drool a person can watch landing on a cake before enough enough!

Lately my youngest daughter has been depressed...  With so much attention going towards #1 daughter I can understand...  I like to think that #2 and I spend a lot of quality time together..  She is my snuggle bunny and I adore her...  Don't get me wrong she is a 15 year old girl and with that comes the typical 15 year old obstacles but over the most part - she is my best friend..  Sometimes I feel that she and I have been in the trenches together this past year...  I believe this year has been very tough on her - she lost her best friend/sister to a mental illness that she cannot control....  There was a time when those two girls were each others confident.. protector... This is no longer true....  When my oldest came back from Wilderness Camp in September of this year- the girls hugged and kissed and cried... So thankful to be together again...  Many promises were made....  Within a month those hopes and dreams disappeared like so many other promises....

My husband's dad Darrell is dying....  Last January he was given 6-9 months to live if he underwent chemotherapy - which he did - now we are in November and cancer has definitely showed up..  I am thankful that from January to beginning of October Darrell was doing great!  He went clamming with his sons and beautiful wife... He played cards with friends - Made some great meals and had a great appetite.  The chemo is over - the radiation battered his body and today he is doing the best he can to stay positive and optimistic..  Not only is this really hard on my husband Dusty - it's terrifying for both my girls...  Their "poppa" has been a  huge part of their life and see this strong happy joyful man decline before their eyes - it's definitely a reason for depression and sadness...

I'm not sure what is next...  I know we have to ride out this storm and hope for the best....  I know that I have to support my oldest and help her if she will let me but not push it and hope and pray that she will realize that I am on her side...  I want my baby to lose this depression and to not be overwhelmed and know that she is so important and loved and valued...  I need to pay attention to my words and actions much better.....    I need to be strong for him in the coming days....  I need a break.....  I need God but wonder how to find Him again......

I Need to stop Worrying and just let it Go!