Going To The Dermatologist Today

Take My Poll Up Top and Let Me Know What You Think - Am I Paranoid????? 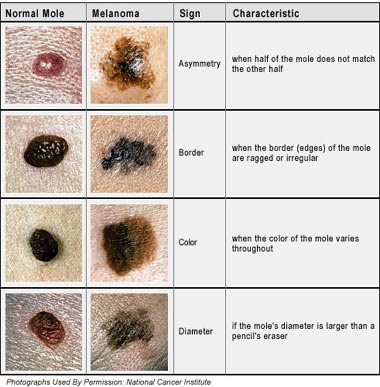 I have an appointment with a dermatologist this morning - in about one (1) hour to be exact. I have a couple moles that I want looked at.. My dad used to get Basil Cell Carcinoma - he would go in to the doctor and have many moles burned off... I had a weird mole removed from my leg about fifteen (15) years ago - It's back....

I'm not trying to be paranoid - BUT... I'm pretty sure I have a Basil Cell on my left upper arm.. It's small - red - kind of looks like an ingrown zit... But it's been there for at least six (6) months that I know of... It's better to be safe than sorry... I tried to take a picture of it- but my camera is not working that well ( I need a new one)

The mole on my leg - looks a little like this one.. 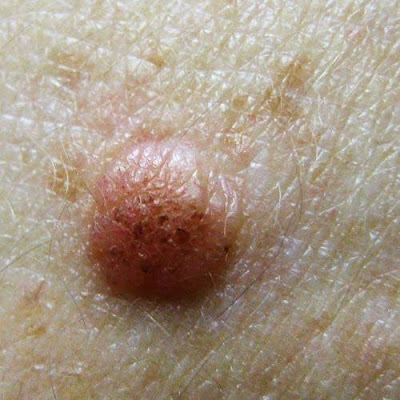 I have a dark ugly mole on neck/shoulder - I hope to have this removed soon - looks like this one... 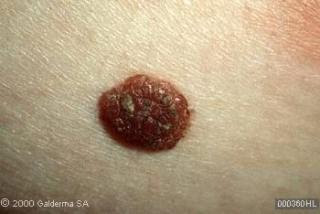 There's another mole on my leg - now this one is very very light - a couple of weeks ago - something must have rubbed against it because it started to bleed - turned into a scab and fell off... Searching the internet about moles - it always says to have bleeding moles checked... so here I go...

Asymmetry
Asymmetry can be assessed by comparing one half of the growth to the other half to determine if the halves are equal in size. Unequal or asymmetric moles are suspicious.

Border
If the mole's border is irregular, notched, scalloped, or indistinct, it is more likely to be cancerous and is suspicious.

Color
Variation of color (e.g., more than one color or shade) within a mole is a suspicious finding. Different shades of browns, blues, reds, whites, and blacks are all concerning.

Diameter
Any mole that has a diameter larger than a pencil eraser in size (> 6 mm) should be considered suspicious.

Elevation
If a mole is elevated, or raised from of the skin, it should be considered suspicious.